Africans Must Adapt to Drought in Warming World 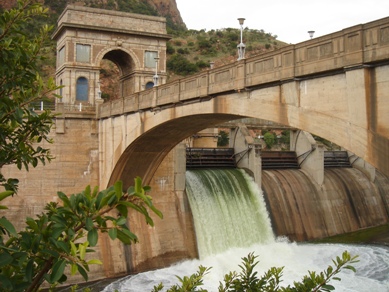 Flexible farming methods and the ability to quickly change tactics to deal with unpredictable swings in rainfall will be vital if African nations are to survive climate change in the coming decades, scientists say.

“Adaptability I think will be the key,” said Mark Mulligan, a geographer at King’s College London in the United Kingdom.

“There’s the assumption that we know what the future will be like. We do—more or less—for temperature, but we really don’t for rainfall,” he said.

Global warming is expected to raise temperatures around the globe in the coming decades. Perhaps less intuitively, it will also increase rainfall in other parts of the world because as the temperature goes up, evaporation speeds up, and the air’s ability to retain moisture rises.

More evaporation creates a hydrological cycle that is turbocharged with energy, leading to more rainfall. However, the geographical distribution of rainfall will change in a warmer world, greening some current arid zones and triggering droughts in other areas such as the American southwest.

According to a five-year global research project conducted on behalf of the Consultative Group on International Agricultural Research (CGIAR), climate change is expected to lead to unpredictable changes in rainfall patterns in most African river basins.

This could present opportunities for improved agriculture in some dry regions that get wetter, or—if farmers are not well prepared—could lead to less food production and increased poverty as agriculture struggles to adapt.

“Climate change introduces a new element of uncertainty precisely when governments and donors are starting to have more open discussions about sharing water resources and to consider long-term investments in boosting food production,” Alain Vidal, director of the CGIAR’s Challenge Program on Water and Food (CPWF), said in a statement.

“To help prevent this uncertainty from undermining key agreements and commitments, researchers must build a reliable basis for decisions, which takes into account the variable impacts of climate change on river basins,” Vidal said.

To counter such uncertainty, nations must remain nimble and provide an enabling environment for their farmers to adapt to a highly uncertain and geographically variable “changescape,” said Mulligan, who was the lead author of a report published in January in the journal Water International that detailed the CGIAR findings.

“The key is to be thinking about flexible arrangements that are fine-tuned to local geographical conditions and that can change quickly and effectively as the future unfolds,” Mulligan said.

“Because we’ve had 10,000 years of [climate] stability, we’ve grown accustomed to assuming that things don’t change and so we now support very high populations that are dependent on sophisticated agriculture, markets and infrastructures that may not adapt well to the period of environmental instability that is ahead of us,” he said.

For example, large dams that retain water to supply urban areas, for irrigation projects, and to generate hydropower—of which there are at least 36,000 around the world—are usually designed on the basis of historical river flow data that climate scientists warn could become obsolete in a warming world where river courses can change.

Because large dams are significant and long-term investments they cannot easily be adapted to respond to the implications of changing climate, Mulligan said.

A more flexible solution, he argues, is rainwater harvesting: the construction of a series of small, farm-scale rainwater harvesting schemes, or “micro-dams,” that capture rainfall for agricultural use near the point at which it will be used rather than trapping it at a single large dam and then pumping it elsewhere.

Also, because the pattern of rainfall change across Africa is essentially unpredictable, CGIAR advocates a bottom-up approach to adaptation, in which solutions are highly specific to local geographical conditions rather than being defined on the basis of regional or national-scale generalities.

The role of African governments, Mulligan said, will be to facilitate locally driven adaptation and to stay out of the way of sustainable development.

“The impact of climate change on water and food security will be different in different parts of a river basin, even on different sides of a hill,” he added.

“So the real adaptation will have to come from the farmers up. They’ll be able to react in a way that is specific to their specific environment and needs.”

Rainwater harvesting can also be accomplished by installing rainwater tanks; farmers often have storage sheds that have large roof areas making them ideal for catching huge quantities of rain water.  A single thunder shower, typical in many parts of South Africa, could result in thousands of litres being harvested from shed  and outbuildings rooftops; the limiting factor is often the number of water tanks available for storing the rainwater.  Even small, subsistence farmers would benefit from harvesting rainwater off their rooftops so that they have water stored in water tanks for dry periods.