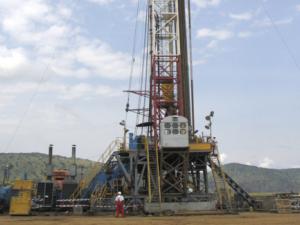 While Shell plans to use fracking to extract natural gas in the Karoo, other areas such as the Eastern Cape, the Free State and southern KZN (including parts of the Drakensberg) have also been targeted by mining companies.

These companies include Sasol (which has partnered with Statoil of Norway and Chesapeake of the US), Anglo American, Falcon Oil and Bundu Oil & Gas (owned by an Australian holding company).

Areas identified for shale-gas mining or fracking in South Africa exceed 20% of the land surface, said Dr Koos Pretorius, director of the Federation for a Sustainable Environment, at a Kwanalu mining rights workshop in June.

Mining companies see huge opportunities in South Africa.  If they’re proved correct, this country could be the fourth largest natural gas resource in the world – and that means huge profits.  Graaff-Reinet attorney Derek Light said the 18-month moratorium on fracking operations that the minister Susan Shabangu announced in February, to give her department more time to formulate a policy on fracking, was “a significant step in the right direction”.  However, it could also be seen as giving gas companies more time to get their applications in order.  “Our concern is that the minister may have glossed over this issue and isn’t doing a thorough investigation,” said Light, who’s closely involved in the campaign against fracking in the Karoo.

Mining companies are targeting South Africa because processes like fracking are poorly regulated, he added.  What’s more, the bulk of the wealth will leave the country, while the financial burden of cleaning up after the mining companies will shift to the taxpayer, as has happened in Gauteng.

According to Dr Pretorius, “There are parts of Johannesburg that are more radioactive than the Chernobyl exclusion zone.  But no one is talking about it because they don’t know what to do.”

Water pollution caused by mining affects everything downstream, including farming, and the impact “could be even more disastrous than land reform,” he added.  “The principle of ‘polluter pays’ isn’t being enforced in this country.”  Likewise, Dr Pretorius said mining companies can’t rehabilitate high potential soils – “and until they can, they shouldn’t be mining these soils”.

Kwanalu CEO Robin Barnsley said in many cases, farmers weren’t aware that their land had been targeted for mining, and the workshop was the first step in letting members know what to do in the event of mining companies turning up on their land.