I don’t like to exaggerate the impacts of the many environmental issues we face. But  it’s impossible to overstate how dangerous fracking 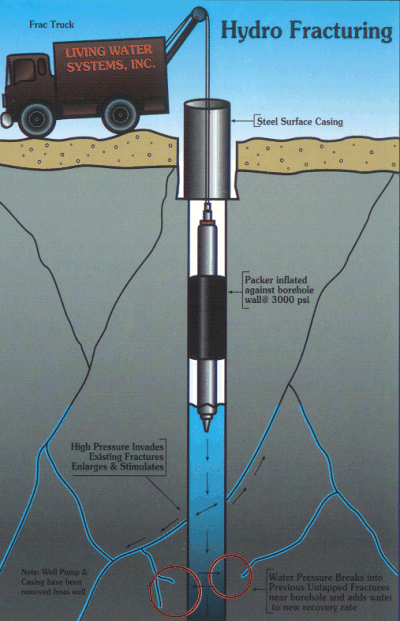 Fracking stands for “hydraulic fracturing,” a highly polluting process for tapping underground pools of natural gas. It involves drilling a hole a mile deep, thousands of feet long, then pumping down millions of gallons of water laced with sand, salt and chemicals to crack rock shale that contains the gas. Wherever it happens, it pollutes drinking water, makes people and animals sick, and ruins property values.

This special Green Moms Carnival raises several red flags about fracking. Read them all to understand why fracking matters to you – and why you must help stop it.

Lori of Groovy Green Livin’ asks “What the heck is fracking?” You won’t like her answer anymore than she did. It’s like a “mini-bomb or earthquake exploding underneath the ground” that leaves behind extremely toxic waste water. “The quantities of fracking fluids used in a single well contain so much benzene and other toxic chemicals that they could potentially contaminate more than the amount of water New York State consumes in a day.

Betsy of Eco Novice writes, “the big kicker for me in all of this is that fracking was exempted from the Safe Drinking Water Act in the 2005 energy bill, which means that the entire process is happening with minimal regulation. So a process that potentially threatens drinking water is not subject to the regulation that is supposed to. . . protect our drinking water.”

Lisa of Retro Housewife Goes Green wonders if the increased number of EARTHQUAKES where she lives in Oklahoma are connected to the increasing amount of fracking going on there. What? Earthquakes? Think about that one for a minute. She also wonders whether the value of natural gas is being greenwashed. Sure, it’s an alternative to coal. But is it really any better? Fracking, plus natural gas’ own carbon footprint, make you wonder.

Karen of Best of Mother Earth got educated when she watched the Oscar-nominated film “Gasland,” which tracks the impact that fracking has had on people’s lives and the environment all over the U.S. “I found myself horrified, REALLY angry, and of course immediately frustrated…Once they frack, there is no going back,” she says. “The damage and destruction is done.”

There is some good news in the fracking debate. As Harriet at Climate Mama reports, the New Jersey legislature has banned fracking anywhere and everywhere in the state. Can you get your state to do the same?

France has become the first country to ban fracking although, because hydraulic fracturing for shale gas is poorly defined, it’s likely that mining companies will find ways around so-called bans.  Fracking in South Africa’s Karoo and other  regions should be prohibited at all costs- as the above article states, once an area has been ‘fracked’ the environmental damage is forever.  Is it really worth it?