By admin on January 4, 2011 in environmental issues 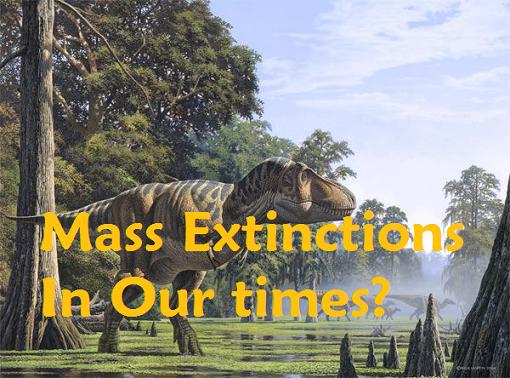 An influx of invasive species can stop the dominant natural process of new species formation and trigger mass extinction events, according to research results published December 29 in the journal PLoS ONE. The study of the collapse of Earth’s marine life 378 to 375 million years ago suggests that the planet’s current ecosystems, which are struggling with biodiversity loss, could meet a similar fate.

Although Earth has experienced five major mass extinction events, the environmental crash during the Late Devonian was unlike any other in the planet’s history. The actual number of extinctions wasn’t higher than the natural rate of species loss, but very few new species arose.

“We refer to the Late Devonian as a mass extinction, but it was actually a biodiversity crisis,” said Alycia Stigall, a scientist at Ohio University and author of the PLoS ONE paper.

“This research significantly contributes to our understanding of species invasions from a deep-time perspective,” said Lisa Boush, program director in the National Science Foundation (NSF)’s Division of Earth Sciences, which funded the research.

“The knowledge is critical to determining the cause and extent of mass extinctions through time, especially the five biggest biodiversity crises in the history of life on Earth. It provides an important perspective on our current biodiversity crises.”

The research suggests that the typical method by which new species originate–vicariance–was absent during this ancient phase of Earth’s history, and could be to blame for the mass extinction.

Vicariance occurs when a population becomes geographically divided by a natural, long-term event, such as the formation of a mountain range or a new river channel, and evolves into different species. New species also can originate through dispersal, which occurs when a subset of a population moves to a new location.

In a departure from previous studies, Stigall used phylogenetic analysis, which draws on an understanding of the tree of evolutionary relationships to examine how individual speciation events occurred.

She focused on one bivalve, Leptodesma (Leiopteria), and two brachiopods, Floweria and Schizophoria (Schizophoria), as well as a predatory crustacean, Archaeostraca. These small, shelled marine animals were some of the most common inhabitants of the Late Devonian oceans, which had the most extensive reef system in Earth’s history.

The seas teemed with huge predatory fish such as Dunkleosteus, and smaller life forms such as trilobites and crinoids (sea lilies). The first forests and terrestrial ecosystems appeared during this time; amphibians began to walk on land. As sea levels rose and the continents closed in to form connected land masses, however, some species gained access to environments they hadn’t inhabited before.

The hardiest of these invasive species that could thrive on a variety of food sources and in new climates became dominant, wiping out more locally adapted species. The invasive species were so prolific at this time that it became difficult for many new species to arise.

“The main mode of speciation that occurs in the geological record is shut down during the Devonian,” said Stigall. “It just stops in its tracks.”

Of the species Stigall studied, most lost substantial diversity during the Late Devonian, and one, Floweria, became extinct. The entire marine ecosystem suffered a major collapse. Reef-forming corals were decimated and reefs did not appear on Earth again for 100 million years. The giant fishes, trilobites, sponges and brachiopods also declined dramatically, while organisms on land had much higher survival rates.

The study is relevant for the current biodiversity crisis, Stigall said, as human activity has introduced a high number of invasive species into new ecosystems.

In addition, the modern extinction rate exceeds the rate of ancient extinction events, including the event that wiped out the dinosaurs 65 million years ago.

“Even if you can stop habitat loss, the fact that we’ve moved all these invasive species around the planet will take a long time to recover from because the high level of invasions has suppressed the speciation rate substantially,” Stigall said.

Maintaining Earth’s ecosystems, she suggests, would be helped by focusing efforts and resources on protection of new species generation. “The more we know about this process,” Stigall said, “the more we will understand how to best preserve biodiversity.”

The research was also funded by the American Chemical Society and Ohio University.

Invasive species can quickly overrun and push out indigenous species, often because the alien species do not have natural predators in their new habitat.  Unfortunately, certain invasive species are virtually impossible to eradicate and can only be managed.  An example of an exotic plant species that is highly invasive is Lantana camara which is a huge problem in South Africa’s eastern Lowveld.  Man has unwittingly assisted many alien species in their spread across the world; only in the past few decades have we realized the folly of translocating animal and plant species outside of their natural ranges.

Record floods swamp Australia’s northeast
Can we save polar bears by moving them to Antarctica?