High-tech and low-carbon travel trends for 2011

By admin on January 20, 2011 in eco friendly travel, sustainable tourism 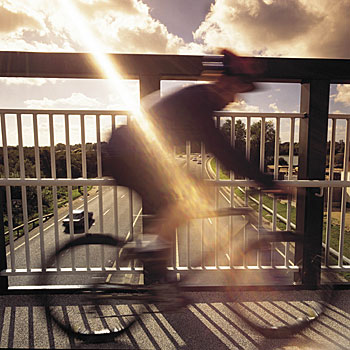 Last week, we began our gaze into the travel crystal ball for a glimpse of what the new year will bring. We focused on where we’ll be going and how much it will cost us to get there.

This week we’ll focus on two trends: the technology making life easier – or more confusing – for travelers, and the various shades of “green” travel that will make the “paper or plastic” question seem a simple choice in comparison.

Social media: That TripAdvisor has become a wildly popular source of information for travelers is indicative of how the average consumer is getting information and advice about vacation plans. It’s so important that the travel industry conducts workshops on how to “get the most” out of the site and prevent the disasters that might ensue from awful reviews.

Now the travel peer-review giant has teamed up with Facebook in a move that will spread the word – and advice – even further. TripAdvisor says Facebook has also become the method of choice for travelers to write home, with 70 percent of its members writing trip updates on the site. Only 20 percent use postcards.

Mobile devices: Expect lots and lots of mobile applications to make life easier for travelers: Trip-Advisor was the most downloaded mobile app last year, but other contenders include Wikihood, designed to organize and display “the world’s knowledge about any location worldwide.”

Tourism officials and marketers worldwide are coming up with all sorts of programs to tout their cities, regions, countries. The Dutch Tourist Board, for example, recently launched “Holland-layer”: If, for example, you are standing on the Museumplein in Amsterdam and activate the Holland-layer, you’ll be able to access information on attractions and museums nearby, and it will even point you in the right direction

Foursquare not only provides advice, but rewards users who can earn points and unlock badges for trying new places and revisiting old favorites. Gowalla is another such app.

Apps for iPads are also on the rise. InterContinental has put a lot of effort into its Concierge Insider Guides app, which taps into the collective experiences of the chain’s savvy staffers in more than 120 destinations worldwide. It will have destination-specific concierge videos packed with useful insider information not normally found in travel guide books, interactive maps, suggested itineraries and tips about the local culture, what to pack and interesting facts. Of course, you’ll also be able to book a room online. Once the app is downloaded, you don’t need a wireless connection to access all this content, save for the streaming video.

Watch for more tourist attractions and heritage trails to offer interpretive information via cellphone. Bluetooth and other technology will also make it easier to follow your real tour guide when on a group tour.

* Checking out at the front desk is rapidly becoming a thing of the past. Guests will be able to more easily check their bills and check out from their rooms.

* The TV as nerve center. Models are thinner and high-def, compatible with Blu-Ray, and will have enhanced audio. They’ll also be online and may be supplied with embedded apps like Facebook, Twitter, Netflix, Google, Skype and room service ordering. Some include Wi-Fi streaming from suitably enabled devices such as AirPlay. And LG has just introduced a hotel TV that works with 3D movies (BYO glasses).

* Faster Internet connections. Surveys show the most-requested tech amenity in hotels is wider bandwidth, and hotels are beginning to offer tiered pricing, depending on the speed of the connection. While free Wi-Fi will still be an option, surveys show 40 percent of frequent travelers are willing to pay for upgrades to speeds that can handle video conferencing, photo and video uploads, and streaming video entertainment.

* Touchpad control centrals, where guests can be masters of their hotel environment, from lighting to opening or shutting drapes to temperature adjustments to scanning room service menus, booking spa appointments or even making a call.

* Mood lighting in guest rooms. You may also find digital art replacing the nondescript framed pieces over the bed, an improvement, according to some experts, as they are a “continuous source of interest” or perhaps distraction.

* Holographic teleconferencing. A perk for business travelers of the future. But who’s to say leisure travelers can’t peek into the business center to watch?

Environmental awareness in the mainstream: Words like “green” and “sustainable” are a selling point for everything from coffee to cars. The ecotourism movement began in earnest some 20 years ago with a few hardy adventurers who brought only necessities and left only footprints. Today, the “eco” prefix is everywhere — used to indicate enlightened choices in accommodations (ecolodges,), travel companies (ecotravel, ecotours) and mission statements (eco-friendly).

Trend watchers have identified a new demographic made up of the estimated 41 million Americans who follow “Lifestyles of Health and Sustainability” (LOHAS).

LOHAS, aka Lohasians, were described as the “biggest market you’ve never heard of” in a New York Times story back in 2003. These folks (you, maybe) are attracting major attention for their commercial potential – last year they spent about $290 billion, even while most Americans were in the throes of recession.

Since these studies reveal that 68 percent of Lohasians are more likely to purchase from a company that shows it is considerate of the environment and its impact on society, expect to see more touting of the green in the future.

Whether or not the hotels, tour operators, wildlife safaris etc. are true to their claims of higher awareness or the labels are just “green-washing” will remain an issue for travelers. There are ways to research your options (the International Tourism Society, for one, at ties.org), but green buyers will need to beware. With more and more options available, it may not be easy going green.

Carbon is king: The big player in global warming is carbon emissions. Several “zero carbon hotels” have been built, and more are in the works – especially in high-tech Asian markets.

At the end of the booking process for airline tickets, you may be apprised of total carbon emissions you’ll be causing, and asked to pay a fee for a carbon offset program.

In Paris, when you use the public transit online planning tool to find the best way to use buses and trains to get to your destination, it will provide the route, along with the proud comparison between the minute carbon emission of your mass-transit trip versus taking your own car.

Vehicle sharing: Public bike programs were a resounding success around the world in 2010. Paris began the trend a few years ago when it set up rental bike stands all over the city, enabling anyone to quickly take advantage of pedal power to get around town, avoid traffic, or even just take in the scenery. Cities from London to Mexico City have picked up on the idea.

Now car-shares are the latest offering in the quick urban rental game. You’ll find them in Chicago, London, Madrid, some cities in New Zealand and Sydney, Australia. Zipcar is the market leader, but now some of the traditional rental car market leaders have started car-share programs.

Connect by Hertz, which began in 2008, has expanded to rental locations not only around the U.S. but in numerous European cities. Designed mainly for urban dwellers who use a car only occasionally, the cars are small, energy-efficient and have cut back on exhaust pollution wherever they have been adopted. They offer many advantages over traditional rentals: You can rent a car for as little as half an hour; prices are cheap – Connect by Hertz rates are about $6 an hour in London — and you don’t pay for gas, insurance, roadside assistance etc. Usually there’s a mileage limit, but it’s reasonable. You can also do one-way rentals with some companies, without a huge surcharge.

The one drawback for a traveler spending only a day or two in a city is that you have to be a member of the car-share system to use it. Memberships start at about $50, and there’s usually a $25 application fee as well. Still, if you travel a lot, or you become a member of a program with outlets far and wide, this might be a good option.

And the shares may become more tourist-friendly in the future, waiving membership fees and instead charging slightly higher rates. In Paris, the Autolib program will debut with nifty, custom-designed electric cars in the fall, and officials have already announced that tourists with proper ID will be able to rent.

Traveling with a purpose: Long a rite of passage in England and Australia, the gap-year phenomenon – taking off a year between high school and college, or taking a break after a year or two in college to travel, do volunteer work or both, for meaningful life experiences outside of their comfort zone — is coming to America.

In October, Flight Centre, an Australia-based travel company that owns Gogo Worldwide Vacations and Liberty Travel in the U.S., acquired a majority stake in Gapyear.com, a British website, and says it will bring the concept to America.

Americans are already hooked on “voluntourism” and philanthropic travel programs, and those experiences are what gap-year travel is about.

And you don’t need to actually take a year or be a freewheeling student, either. In recent years, gap year’s definition has expanded to include any significant amount of time off from school, work or ordinary life to travel and experience the world at any age.

Flight Centre’s plans are just one aspect of the U.S. trend. Princeton University recently began a “Bridge Year” program, allowing students who have been accepted to Princeton to delay the start of their freshman year while they spend nine months doing university-sponsored service abroad; this year, they’ll be working in Ghana, India, Peru and Serbia. There are counselors specializing in gap-year plans, and gap-year fairs have been organized to showcase the types of trips available. Karl Haigler, who co-wrote the book “The Gap-Year Advantage,” is working on a follow-up, “Gap Year, American Style.”

Online search analysis also reveals that eco-friendly travel tips are increasingly being sought by the growing number of eco-savvy tourists.  In South Africa, government has realized that tourism must go green for it to be sustainable.

Going Green in Your School/Classroom
Can Geoengineering Save Australia?