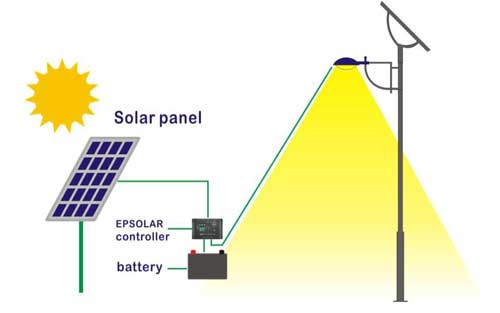 Africa is set to become the world’s largest market for solar portable lights (SPLs) by 2015, a report compiled by the International Finance Corporation and World Bank Lighting Africa programme has found.

The report ‘Solar Lighting for the Base of the Pyramid – Overview of an Emerging Market’ highlights that about 1,3-billion people across the world would remain unelectrified, or not grid connected, by 2030.

About 110-million households or 580-million people in Africa currently did not have access to grid connections.

Further, of the estimated 400-million people who have access to grid connections in Africa, nearly one-third were considered to be underelectrified, with unreliable lighting.

South Asia was also considered a high-growth area for SPLs.

The researchers indicated that African households and businesses spend in excess of $10,5-billion a year on lighting, with $8,2-billion of the total being spent as a result of the 110-million unelectrified households.

A further $1,2-billion of the total is spent by about 20-million on-grid households that rely extensively on backup power.

By 2015, expenditure on lighting on the continent could increase to $12,5-billion as the off-grid population grows.

Nevertheless, the researchers have found that solar lighting penetration among the unelectrified in Africa stood at just over 1%.

Given the significant market opportunity, the researchers projected that, at modest estimates, Africa’s SPL sales could grow at a compound annual growth rate of between 40% and 50%, or a total 13-million SPLs, over the next five years.

However, higher growth rates were probable, the report indicated.

Solar-powered lighting combined with efficient and inexpensive energy storage is a great introduction to the benefits of renewable energy such as solar power- ideal for low income communities.  There is also no reason why all classes of society shouldn’t embrace low-cost, simple solutions such as SPL.  After all, it will save electricity bills and make life more comfortable in the event of main grid failure (not to mention the reduction in carbon emissions).  SPL looks like an ideal business opportunity for Africans- relatively small outlay and a genuine effort to uplift and improve the lives of poor, rural communities.