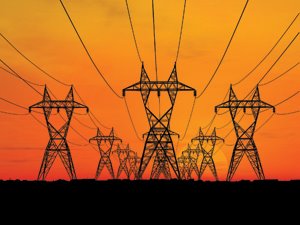 Without “extraordinary” supply- and demand-side intervention, South Africa could face a cumulative electricity shortfall of 42-terawatt-hours (TWh) between 2011 through to 2016, the newly published ‘Medium Term Risk Mitigation’ (MTRM) plan asserts.

Eskom operations and planning division MD Kannan Lakmeeharan tells Engineering News that the risks presented in the MTRM are “serious”, but described them as a “worst case scenario”.

The State-owned utility is calculating a “peak risk” shortfall of 9 TWh in 2012 or 2013, but remains hopeful that a combination of solutions can be brought to bear to ensure that load-shedding is avoided ahead the introduction of new base-load capacity. The 9-TWh gap is more or less equivalent to the continuous operation, over a year, of one unit at the 1 800 MW Koeberg power station, which comprises two 900-MW units.

That said, Lakmeeharan acknowledges that urgent policy, legislative and regulatory interventions are required to ensure that the mitigation plans are effectively deployed.

Drafted by a team comprising government, business, labour and officials from Eskom, the MTRM document examines various scenarios, and bases its mitigation solutions on something called ‘scenario 3′.

Under this scenario, Eskom “will be hard-pressed” to achieve an 85% energy availability factor (EAF) over the coming years, owing to a lack maintenance time and ongoing coal quality problems. Further, it factors in delays to the introduction of the Medupi and Kusile coal-fired projects, which are being built in the Limpopo and Mpumalanga provinces respectively.

Rolling blackouts are likely, the plans says, unless South Africa departs from “business as usual” and clears the current policy, legislative, regulatory and financial constraints to the introduction of non-Eskom-related generation capacity and accelerates energy efficiency and energy conservation programmes.

In fact, the MTRM, which was released along with the executive summary of the second integrated resource plan, or IRP2010, assumes an Eskom EAF of 84,5%. It is also based on the introduction of the first Medupi unit on May 6, 2013, rather than Eskom’s official schedule, which has Medupi being synchronised to the grid by May 7, 2012. This, in turns has a knock-on effect for the introduction of the subsequent five units. Moreover, it is assumed that the first Kusile unit will be introduced on July 4, 2016, rather than the official schedule of July 7, 2014.

Both supply and demand options are interrogated with renewable projects, cogeneration, own generation and independent power producer (IPP) solutions held up as offering cumulative relief potential of 44,1 TWh between now and 2016 and efficiency projects, efficient technologies and behaviour change a further 19,4 TWh.

However, a gap could remain for 2012 and 2013, which the MTRM argues could be closed through the use of a mandatory energy conservation scheme (ESC), which should be deployed as a “safety net” as a “final measure”.

The plan argues that investment in non-Eskom generation “is urgently required to make up for the shortfall in supply” and that “well advanced cogeneration and own generation projects can produce between 1 000 MW and 1 500 MW by 2014”.

Lakmeeharan believes 1 000 MW of cogenerated and own-generated capacity is realistic, particularly given the advanced work being done by companies such as Anglo American and Xstrata on generation from discard-coal in Mpumalanga.

The Refit projects will also be introduced, but owing to delays in finalising the bidding process an the most of this capacity is likely in to be introduce in the 2014 to 2016 period.

But the MTRM document insist that this assumes that the following binding constraints are resolved:

But he tells Engineering News that it was vital that it be followed up by decisive action to deal with persistent policy and regulatory uncertainties.

There is particular anxiety about the current grid-access and power-wheeling rules, which would have to be adjusted to encourage investment by the private sector.

Small businesses and homeowners need to protect themselves from the coming energy crisis.  As we have seen in the past, big business and parastatals will be looked after first when there is an electricity shortage.  Solar energy is the ideal renewable, clean energy resource suited to South African conditions.  Solar panels (photovoltaics) and solar water heating systems can reduce household Eskom dependence drastically (replacing an electric geyser with a solar geyser can reduce household electricity costs by as much as 50%).  With attractive Eskom renewable energy rebates currently in place, now is the time to invest in a solar energy system before the predicted energy shortfalls next year.

Contact us for a free quote on a solar geyser, rainwater harvesting system, grey water recycling system, rainwater tank or water tank (we are Atlas Plastics and JoJo water tank dealers in Mpumalanga and Limpopo).

What is Sustainability?
Could a Brightening Sun Cool the Earth?