The newly introduced carbon tax policy is one of the urgent public policy responses that will assist the country in its efforts to reduce its carbon footprint by 34 percent by 2020 and 42 percent by 2025 experts say. 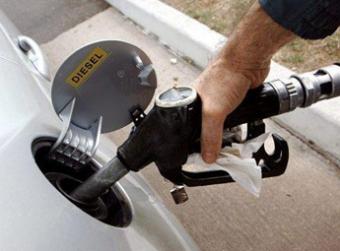 The introduction of the tax, which came into effect on 1 September, also aims to ensure that the country’s growth is directed towards a more sustainable path.

As of 1 September passenger cars and double cabs (as of 1 March 2011) that cannot produce certified CO2 vehicle emissions data will be subject to a tax based on a proxy CO2 emission calculation, largely based on engine size. Such a proxy tax will include a significant penalty provision. The intention of the tax is to deal with environmental changes by including regulatory interventions and environmental taxes.

Global Atmosphere Watch (a partnership involving 80 countries which provides reliable scientific data and information on the chemical composition of the atmosphere) scientist Katlego Ncongwane said while the debate on the carbon tax as a way of tackling climate change was not a new initiative, it was an alternative policy option that would increase the efficiency of carbon abatement locally. The motor industry is known to be responsible for one tenth of greenhouse gases.

Ncongwane said the idea was introduced in 2000 in Organisation for Economic Cooperation and Development (OECD) countries such as Finland and Germany. The idea has also been introduced in developing nations like Indonesia and now in Zambia.

“Carbon tax policy in South Africa is one of the urgent public policy responses that will assist South Africa to reduce greenhouse gas emissions. This is imperative to South Africa which is the only African nation among the 20 countries emitting approximately 90 percent of the world’s greenhouse gases,” said Ncongwane.

National Treasury projects that the tax will contribute an estimated R450 million in 2010/11. This will go to the fiscus for funding general government priorities.

“Of course greater impact of reducing greenhouse gases will be sought through implementation of a range of mitigating options (energy efficiency, renewable energy system) rather than introducing only one of the policy options. However, great reduction can be achieved in the motor industry,” she explained.

She said scientific models suggest that a total reduction of 45 498 Gg can be achieved over 30 years through the introduction of carbon tax, with great socio-economic and environmental benefits for South Africa. The figure however encompassed all mitigation options in the transport sector not only carbon tax.

“To my knowledge a cost versus a percentage reduction carbon emission over time has not been established. This is required. And when this kind of model has been established then we will know how much carbon is going to be reduced at what tax percentage over time,” she said.

“Fuel refineries will have to produce cleaner fuel and this will take time,” he said.

In its efforts to try to absorb the cost of the tax, Toyota said it would introduce three models that will cut costs for consumers.

“We are focusing on friendly technology called Optima Drive a broad group of technology using low friction components in effort to absorb the tax. This technology is available on the new Auris, Verso and Rav 4 models,” he told BuaNews.

According to Treasury, the tax will be collected and paid over to the South African Revenue Service by the vehicle manufactures and /or importers.

“A part (or all) of the CO2 vehicle emissions tax is thus likely to be built into the price the manufacturer or importer charges their clients. It will be good practice if dealers could reflect on the invoices to their clients the CO2 emissions of each vehicle and the estimated total CO2 emissions tax,” said Treasury.

Ncongwane agreed that there are huge concerns about the tax with one of the issues raised being the non-availability of low carbon fuels.

“So in the interim carbon tax serves as the only means of addressing emissions of greenhouse gases from the transport industry (cars). This mitigation measures are not only imposed only on the transport sector as some people have claimed, but have also been introduced (though very slowly) in other carbon intensive industry like the energy sector,” she said.

Research is currently being conducted into the speeding up of the introduction of cleaner fuels by at least 2012, the National Association of Automobile Manufacturers of South Africa (NAAMSA) said.

New vehicle sales released by NAAMSA on Thursday showed that sales grew by 36.9 percent. Aggregate industry sales at 46 377 units had registered an improvement of 12 502 vehicles or 36, 9 percent compared to the 33 875 vehicles sold during the corresponding month in 2009.

“Aggregate industry new car sales during August, 2010 were at the higher end of expectations assisted by a substantial buy ahead by consumers to avoid the CO2 new car emissions tax which came into effect on 1 September 2010. New cars sales had also been boosted by strong demand from the car rental industry,” noted the association.

“Yes carbon tax comes with its own costs; the rise of unemployment, and high vehicle prices that will result in car sales reduction among others. This might also cripple the economy thus lapsing us back into recession. However addition of 6 to 10 percent in carbon tax is a far better price to pay than the price that SA will pay when “business as usual” continues. Here we are taking about health impacts, irreversible environmental damage and economy effects,” said Ncongwane.

The Nedbank economic unit said the figures for August suggest that consumer confidence is starting to improve.

“However, sales could have been distorted by the impending environmental levy making the figure difficult to interpret,” it said.

One of the objects of carbon tax on new vehicles is to encourage potential buyers to choose models that incur low or no carbon tax.  In my opinion, the carbon tax will probably not dissuade buyers of luxury cars- these people will simply pay the extra tax.  The initiative is a good one and will probably help us to reduce our carbon emissions in general.  However, if the money collected via carbon tax is not directed to green technology and sustainability programmes, the goals of the scheme may be undermined.  If carbon tax revenue simply disappears into South African government coffers, who knows, the money may well be spent on buying more luxury 4×4’s for our high-ranking politicians.  The carbon tax policy will also encourage people to keep older cars for longer- these generally produce more carbon emissions.

Sustainable living should be embraced with a holistic approach: reduce your carbon footprint, your water footprint and your environmental impact.  Water Rhapsody and Yes Solar provide environmentally friendly water conservation systems and solar energy solutions that save money and the environment.  Contact us for a free quote on a rainwater harvesting system, greywater recycling system, JoJo water tank (we are JoJo Tanks dealers in Mpumalanga and Limpopo) or solar geyser (made by Solsquare, Eskom-approved).