What is water scarcity?

Imbalances between availability and demand, the degradation of groundwater and surface water quality, intersectoral competition, interregional and international conflicts, all contributes to water scarcity. 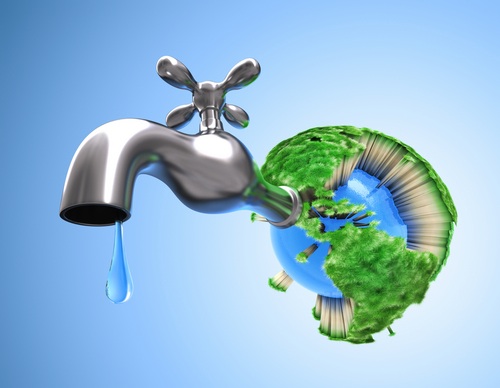 Scarcity often has its roots in water shortage, and it is in the arid and semiarid regions affected by droughts and wide climate variability, combined with population growth and economic development, that the problems of water scarcity are most acute.

Water use has been growing at more than twice the rate of population increase in the last century, and, although there is no global water scarcity as such, an increasing number of regions are chronically short of
water. By 2025, 1 800 million people will be living in countries or regions with absolute water scarcity, and two-thirds of the world population could be under stress conditions. The situation will be exacerbated as rapidly growing urban areas place heavy pressure on neighbouring water resources.

Addressing water scarcity requires actions at local, national and river basin levels. It also calls for actions at global and international levels, leading to increased collaboration between nations on shared management of water resources (rivers, lakes and aquifers), it requires an intersectoral and multidisciplinary approach to managing water resources in order to maximize economic and social welfare in an equitable manner without compromising the sustainability of vital ecosystems.

It is probably in rural areas that water scarcity affects people most. In large parts of the developing world, irrigation remains the backbone of rural economies. However, smallholder farmers make up the majority of the world’s rural poor, and they often occupy marginal land and depend mainly on rainfall for production. They are highly sensitive to many changes – droughts, floods, but also shifts in market prices. However, rainwater is rarely integrated into water management strategies, which usually focus exclusively on surface water and groundwater. Countries need to integrate rainwater fully into their strategies to cope with water scarcity.

Water scarcity is already affecting many areas in South Africa; our latest population statistics show that we are growing beyond the present water supply capability.  Water security and water scarcity are linked.  Existing dam and groundwater supplies are not only under pressure from abstraction but are also increasingly threatened by water pollution.  Most rain water is relatively pure and uncontaminated.  Rainwater harvesting can consist of simply rainwater tanks (or ‘rainbarrels’) placed under the eaves or more complex rainwater systems can be installed.