Researchers at the University of Texas at Austin are hot on the heels of a discovery that could more than double the efficiency of solar cells. 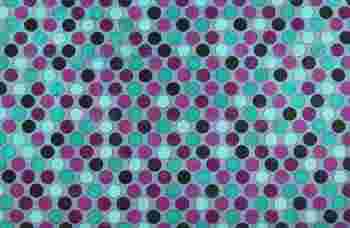 The trick is to use tiny nanoscale crystals called quantum dots to capture more of the available energy in sunlight, including energy at the high end of the scale.  The researchers estimate that the use of high energy sunlight could boost efficiency from its present rate of about 31% for conventional solar cells, up to a whopping 66%.

What this all means is the potential for solar energy to become cost-competitive with fossil fuels at an increasingly rapid pace.  Paired with next-generation flywheels and other new energy storage technologies, intermittent sources such as solar and wind can provide an energy stream that is every bit as steady and reliable as oil, coal, or natural gas.

High energy sunlight comes in the form of “hot electrons.” Until now, that energy has been too hot to convert into electricity, and it escape as heat.  The researchers, headed by chemist Xiaoyang Zhu,  found a way to conduct the hot electrons out by using quantum dots, which have conductive properties that can be precisely controlled.  Their work is built on a foundation recently established by another team from the University of Chicago, which showed that a specific type of nanocrystal can be used to control the rate at which hot electrons cool down.

Non-Toxic Quantum Dots
Conventional quantum dots are made of toxic heavy metals, and Zhu’s research was carried out on quantum dots made of lead selenide, a crystalline form of lead. However, Zhu notes that other materials could also be used, opening up the potential to construct a high efficiency solar cell with quantum dots made of non-toxic materials.  Magnolia Solar, for example, is one company that has developed thin film solar technology based on non-toxic quantum dots.  Quantum dots made of diamond nanocrystals are also in development.  The wonder material graphene and its newly discovered mate graphane could also offer another non-toxic route.

The True Cost of Fossil Fuels
Fossil fuels can perhaps be credited with enabling the U.S. to power itself up without burning every stick of wood from coast to coast for fuel, but just as we no longer rely on wood as our prime source of energy, it is clear that in the future we will no longer rely on fossil fuels.  Their true cost has become evident as clean-up for the Gulf Coast oil spill is in the tens of billions, coal mining has long been associated with chronic poverty and health problems throughout the entire Appalachian region as well as surface damage related to undermining and underground coal fires, and natural gas recovery from shale deposits threatens water supplies and may make it necessary to invest billions in new water treatment facilities.

One of the concerns about new technology for alternative energy generation is that, although the end-product- green electricity, is environmentally friendly, sometimes the manufacture of the hardware systems is not eco-friendly.  A controversial example is that of certain batteries used for electric vehicles- the mining of the metals required for the components and the extreme transport distances of the components/batteries (e.g. from Japan to South Africa) makes one question whether the carbon emissions during manufacture actually offset the green benefits.  In the case of quantum dots, it could be a similar scenario but it is encouraging that non-toxic quantum dots for solar panels are a possibility.  Water Rhapsody and Yes Solar have specifically manufactured and sourced water conservation systems and solar power systems that are environmentally sound.  Contact us now for your sustainable living requirements.  We offer FREE quotes on solar water heating systems, solar geysers, rainwater harvesting systems, grey water recycling systems and other water-saving devices.  We are also JoJo Tank dealers (South Africa) and can supply and install the full range of JoJo Tank  water tanks for all your water storage requirements.