By admin on August 5, 2010 in water conservation, water pollution

A team of 100 women have undertaken to spend a year cleaning up the Luvuvhu River in Thohoyandou, Limpopo. 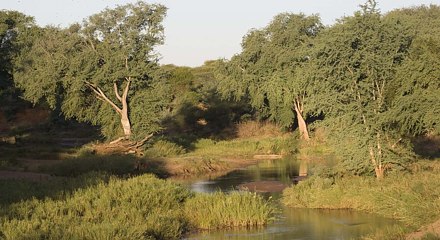 Addressing the launch of the Luvuvhu Adopt-A-River project in Tshishaulu, near Thohoyandou, on Wednesday, Deputy Minister of Water and Environmental Affairs, Rejoice Mabudafhasi, said R800 000 had been allocated for the initiative.

“We have set aside R800 000 for the Luvuvhu Adopt-A-River project and about 100 rural women from the villages around Vhembe have been identified to clean the Luvuvhu River for a period of a year,” she said. “These women will be afforded a stipend on a monthly basis and will also be trained on water resource management.”

Mabudafhasi said the protection of South Africa’s water sources was a priority.

“Our rivers are highly polluted. They are dumping areas for all types of waste. The health of our rivers has deteriorated and ecosystems are affected,” she said.

The department is implementing a nationwide river health programme to monitor river health. “As a way of intervention towards minimising the risks of pollution in our rivers, the Adopt-A-River project was introduced as means of creating awareness among South Africans to take care for water,” said Mabudafhasi.

The Adopt-A-River project was officially launched in March this year during National Water Week.

Mabudafhasi said the success of the project depended on the active participation and commitment of provincial and local government and communities. “People must be taught to conserve water as we are living in the water stress country, and we must recycle water for future usage,” Mabudafhasi said.

The project is one of two in Limpopo that the Minister launched this week as part of her department’s public participation programme.

The other project was the R20 million Maila Medicinal Plant Conservation project that was launched outside Louis Trichardt on Tuesday.

Community education and involvement in cleaning and prevention of further pollution of our rivers is so important.  There is still so much ignorance and unintentional contamination of our river systems by local communities who use the river as a moving rubbish dump.  Another river in the region (Mpumalanga and Limpopo Province), the Olifants River is highly contaminated. There is still criminal, intentional industrial pollution of our Lowveld rivers, especially in the upper catchment areas.  The environmental laws of South Africa should be enforced and the industrial polluters should be fined heavily.  Sadly, there are factories and individuals that pump chemicals and by-products into our river systems daily. Rainwater harvesting is one way to obtain safe drinking water where river water is too contaminated to drink.  JoJo water tanks can be seen next to houses in many rural areas of South Africa where simple rainwater collection gutters collect rain water from rooftops and direct it to the water tanks.  Water Rhapsody supplies and installs a sophisticated yet robust rainwater harvesting system that allows the rainwater tanks to be placed out of sight, away from the building.  We also offer grey water recycling systems, water saving devices and Eskom-accredited solar geysers and solar panels (Yes Solar).  Water conservation and clean energy solutions all work to reduce pollution of our river systems. All our products are environmentally sound and carry guarantees and lifetime support.  Contact us for a free quote on water conservation systems and solar heating systems.