Poverty is a major factor in water scarcity and susceptibility to drought. This can be illustrated in a 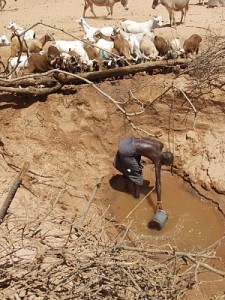 number of ways. Firstly, as was seen in the drought emergency of the early 1990s in South Africa, the price of water in rural areas for basic survival can become very high. As traditional sources failed, people did not have the resources to provide alternatives (such as drilling new boreholes) and had to resort to buying water from vendors at extremely high costs. In periods of stress, those communities which have resources and access to credit, are able to survive. In other words, a given situation of water shortage will have more extreme consequences for the poor than for the rich – for one set of people it will spell disaster and for the other it will mean only inconvenience.

It is for this reason that the macro economic policy of a country, and its effectiveness in addressing poverty, will have an important role in determining what constitutes conditions of water stress. Similar climatic conditions in two countries will cause famine in the poorer country and a temporary, limited economic depression in the wealthier country.

Poor or inadequate legislation can exacerbate the effects of water scarcity. Water law which gives certain users exclusive rights to use of water is necessary to provide security for investment (usually in the agricultural sector), but it can result in other users being put in serious jeopardy during times of scarcity. Whilst existing and future water law in South Africa will no doubt protect the rights of all people to basic minimum supplies of water, a legislative system which is not equitable will result in restrictions on the development of some sectors of society. This is clearly illustrated in the effects of the riparian doctrine in the existing Water Act (1956).

The use of water in international rivers by upstream countries may lead to conditions of drought in downstream countries. South Africa has many international rivers and is in the position of being both an upstream and downstream riparian country. This is a problem which is obviously exacerbated during times of scarcity. It is important that communication is maintained between riparian countries through a variety of mechanisms including special protocols, joint commissions, memoranda of agreement, treaties etc.. It is important that these are established during times of plenty rather than in times of crisis. The effect of proper and equitable sharing of international water resources is to assist in avoiding disaster conditions in neighbouring states and to avoid the inevitable social, economic and political repercussions of these conditions within South Africa.

Knowing what needs to be done and implementing it are two separate issues. Because of the overall economic status of most of the countries in Southern Africa, the resources to implement programmes designed to reduce water scarcity are very limited. This is also the cause of institutional weaknesses which result in overbearing bureaucracy and inefficiencies. Although South Africa does not have the same economic problems of its neighbours, very little has been invested in the past in implementing sound disaster management policy. In South Africa it is not so much a matter of lack of resources as a lack of will.

Institutional and financial weakness results in water not being available which could otherwise have relieved water scarcity.

Closely related to the financial and institutional circumstances noted above is the critical problem facing water sector professionals. South Africa and the region is not without highly competent and motivated professionals, but the conditions of employment and the incentives are generally not able to compete, particularly with those offered in the private sector. Disaster management has not been a professional option where experience and expertise have been developed in South Africa. The lack of sufficient expertise to manage water resources and develop and implement policy is a direct contributor to water scarcity.

Politicians and decision-makers are the persons who have greatest influence on the allocation of scarce budgets and the adoption of policy. Unfortunately, the horizons of many politicians do not coincide with the horizons of prudent water resource management, resulting in decisions being made on the basis of short term political expediency. To have the political will to develop policy and supportive legislation which will introduce the discipline necessary to manage water scarcity in South Africa and the sub-Continent, requires considerable political courage and foresight. Political tension and conflict within countries and between countries often have a greater influence on de facto policy than the practice of sound water policy.

There are a number of sociological and cultural issues which exacerbate the water scarcity situation. These are often as a result of practices which were not originally a threat to the environment but have become a threat as population pressures and modern consumerism increases. The resulting pressures on the environment, for example from over grazing, have a direct and detrimental effect on water resources.

Other phenomena such as racism, tribalism and civil war also result in critical incidences of water scarcity for some sectors of the population. The apartheid era in South Africa resulted in large proportions of the population suffering critical shortages of water whilst neighbouring communities enjoyed, and often wasted, an excess of water. The protracted civil wars in Mozambique and Angola have resulted in the already limited infrastructure being destroyed or lapsing into disrepair. The long-term economic and social impacts of these issues often predetermine the overall political and economic framework from which many of the other causes of water scarcity stem.

Source: Excerpts from The Water Page 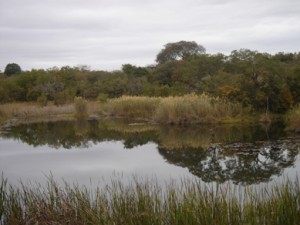 Commercial farmers are generally good custodians of soil and water

Water is such an important resource and so undervalued.  This is changing around the world, faster in water-scarce countries such as South Africa.  Political interference and unfair water policies are not a thing of the past, especially in South Africa. Coming from a farm, I grew up thinking that the water in our dams was ‘ours’.  After all, our family built the dams for water storage at considerable financial expense.  However, it was a shock to many farmers when they were told that they would have to pay for the water stored in their dams and water tanks (indirectly, this meant paying for rainfall!).  Landowners (e.g. farmers) have a responsibility to be good custodians of the land.  It is folly not to as crop production will deteriorate if good soil and water conservation practices are not implemented. The policy of water being a nation al resource that belongs to all South Africans does have its pitfalls.  As with many other natural resources, communal ownership tends to result in certain individuals or groups trying to get more than other people sharing the resource.  This is usually based on short-term greed with inevitable negative consequences.  An example is communal grazing lands in the Lowveld.  Each stock owner tries to build his herd numbers up to the maximum regardless of the land’s carrying capacity.  Overgrazing leads to soil erosion which leads to degraded ecosystems and watercourses becoming silted-up.  Another example is the pollution of rivers by local communities- they dump household waste, sewerage and whatever else they don’t want into the river with no regard for downstream communities who need to drink the river water.  Of course this leads back to socio-political factors; if these communities were educated, provided with basic services and lifted out of poverty, perhaps they would treat the environment with more respect and recognise the benefits of sustainable resource use.